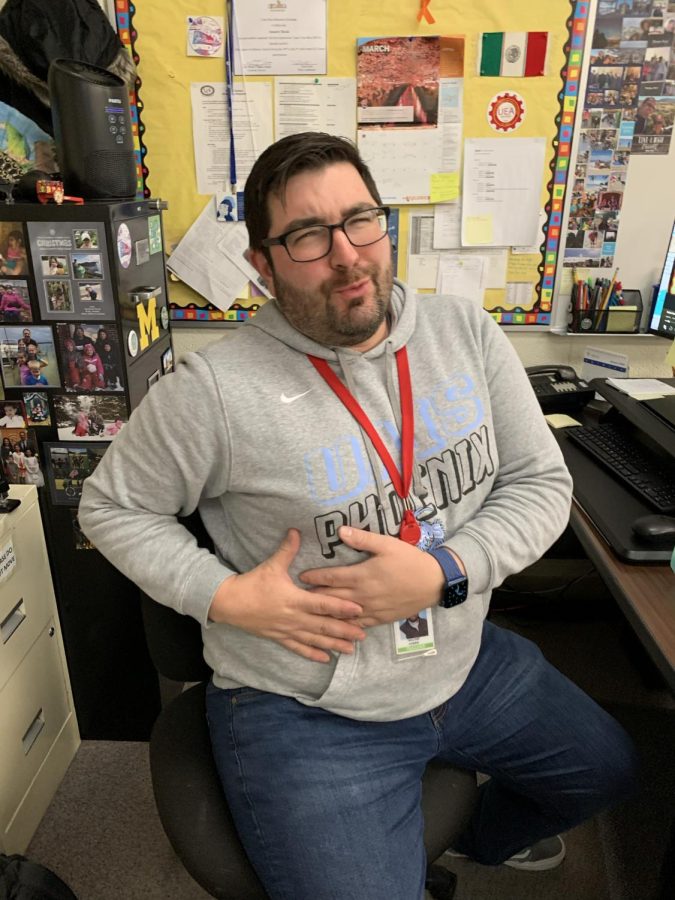 Last Spring, Mr. Dobbie took a spill while mountain biking which led to a fracture of one of his ribs. He suffered through weeks of pain, which he was prescribed opioids to help deal with.

While mountain biking, Dobbie said that he used to take a lot of risks and liked to try riding new paths when he could. He mountain-biked a lot at Riverbends Park and enjoyed riding the extensive mountain bike trails that they have there. Until one day, things went downhill when he went downhill.

“[The] wheel slipped out from under me,” Dobbie said. As he hit the ground, he realized the mistake he had made. He hit the ground and felt a pain in his chest. After going to urgent care, he learned that he had broken a rib.

“I was sore for about a month,” Dobbie said.

Being in that much pain for that much time makes sense, because according to healthine.com “ribs support many muscles in the upper body, making it very painful to break a rib”, and healing a broken bone can take about 6 weeks. Dobbie was even given opioids to help with the pain.

“They took the pain away,” he said, and they worked well. He tried to space them out so they could last him as long as possible, but they didn’t last long enough. He asked his doctor for more to help, but he refused to prescribe any more due to concerns of addiction.

Sophia Dobbie, his daughter, said that Mr. Dobbie was pretty much immobilized after the injury.

“[My family and I] helped get [him] things like food and water,” she said. She also mentioned that sneezing was very painful for him, and that even after the doctor had cleared him, he was still in pain.

Mr. Dobbie also said that the injury affected him even after he had healed completely.

“I wasn’t taking as many risks. I was more cautious and careful when riding after I had healed,” he said. He didn’t want to get hurt again and deal with the amount of pain that he had been in again.

Although it was a tough experience, he said that “it allows me to understand what other people are going through when they break a bone” and that he was able to be more empathetic towards people or famous sports players that had broken a bone. For example, Dobbie said that he understood what Drew Brees, the NFL quarterback, was going through when he broke his ribs during a game.