Shootings in Atlanta spas leave 8 dead, many of whom were of Asian descent 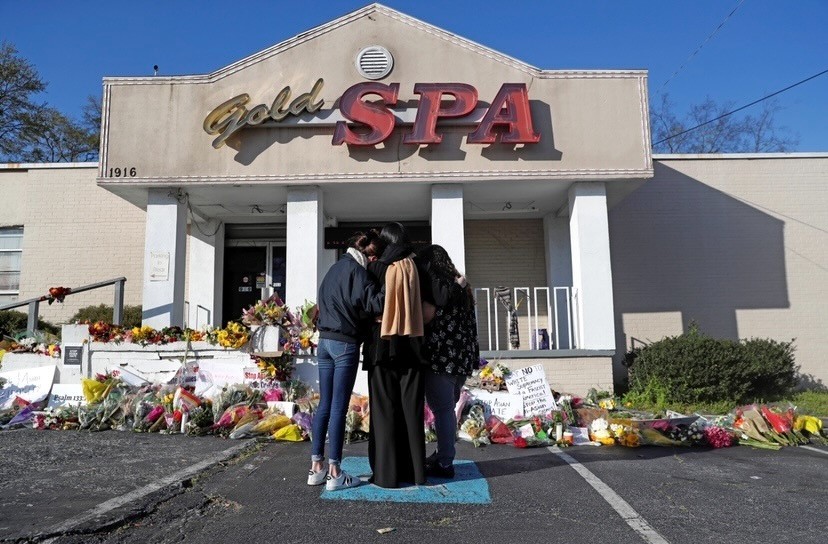 On March 16th, 2021, disaster struck in Atlanta, Georgia. At 5pm, 4 people were killed after a shooting in Young’s Asian Massage in Cherokee County occurred. Later in the evening, 3 more people were shot and killed in Gold Massage Spa. While police officers were responding to the scene, another shooting occurred just across the street in Aromatherapy Spa, where 1 more person was shot and killed.

This event shook the nation. Alyssa Alpas, a senior at UAIS, said, “I was so heartbroken. . . and I never thought that it would have come to something as concerning as this. I’ve definitely gotten more aware when it comes to going out, especially with my family.”

This situation, along with many other Asian hate crimes, has affected many Asian-Americans. Vanessa Huynh, a junior at UAIS, said that “my mom is a nail technician, so seeing that area targeted hits close to home.”

Out of all of the victims from the 3 shootings, 4 of them appeared to be Asian-American women. Police claimed that it was too early to determine whether this was a racially-motivated attack; however, since the beginning of the pandemic, anti-Asian hate crimes have skyrocketed 145% in 16 of the largest cities in the US in 2020. Furthermore, the Stop AAPI Hate Center has received 3,795 accounts of hate against people of Asian descent since the rise of COVID-19. Those 3,795 reports jumped to 6,603 in the same month as the shootings.

Keisha Lance Bottoms, the mayor of Georgia, stated that “we know that many of the victims. . . were Asian. We also know that this is an issue that’s happening across the country. It is unacceptable, it is hateful, and it has to stop.”

The police had a suspect, Robert Aaron Long, in custody awaiting to be investigated. It was later revealed that Long has had a history of sexual addiction and visited some of the spas in the past.

According to Jay Baker, the Cherokee county sheriff’s captain, the parlors were a “temptation for him that he wanted to eliminate,” which connected with Long’s Christian faith.

Later, Long admitted to all of the shootings and was found with a 9mm gun in his car. He was charged with 8 counts of murder and 1 count of aggravated assault.

The day after the shootings, the names of the victims were released. The victims in the first shooting at Young’s Asian Massage were identified as Delaina Ashley Yuan, 33, Paul Andre Michels, 54, Xiaojie Yan, 49, and Daoyou Feng, 44. The victims of the Gold Massage Spa were Hyun Jung Grant, 51, Yong Ae Yue, 63, Soon Chung Park, 74, and Suncha Kim, 69. The sole survivor of the shootings was Elcias Hernandez-Ortiz, who was shot at Young’s Asian Massage.

Thomas Lei, a senior at UAIS, believes these kinds of acts are preventable.

“The answer boils down to being open minded; there’s no better way of putting it. You just have to be open minded and put into action what you’re trying to inform people with,” he said.

Many family members of the victims have started GoFundMe pages to support the funeral and provide a secure life for the family they left behind.