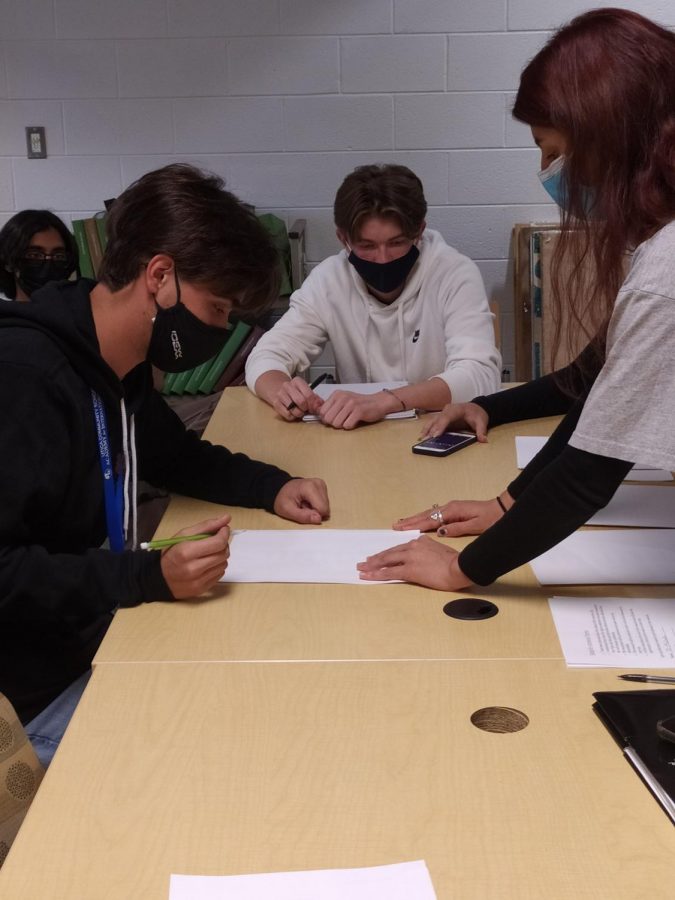 Seniors had their annual psychology IA experiment day on Wednesday, September 29th at the Utica Academy for International Studies.

The students of UAIS have many different requirements compared to students from other schools. One of those requirements is an IA, otherwise known as an internal assessment. The seniors at UAIS took the past couple of weeks to review many well-known psychology studies. Working in groups, they chose a study that stood out to them, and replicated it in their own way.

With the help of their teacher psychology teacher, Mr. Burak, the seniors were able to spend this last month of September creating a study/experiment that they could present to the juniors. The seniors worked alongside Mr. Burak in the creation of their experiment.

“I think it was very productive, they had a lot of good ideas in the first place so my role as an advisor was much more advisory, I pointed out a few things here or there but for the most part I think every group have a good base plan in place before we had any meetings and then we made a few tweaks,” Mr. Burak said.

Alyssa Alpas, a UAIS senior, was part of a group that experimented with the juniors on how changing the verbiage of a question after watching the video would change the answers that the subjects provided.

Alpas said, “Sure there were some nerves going into psych IA day, but I do think that working together with my group and with Mr. Buraks guidance we seemed pretty ready especially when it came to the time, we had to conduct our experiment.”

“There were a few little hiccups in terms of like getting things set up or like technology wasn’t working right for some groups and things like that, which were a little bit more logistical than actually having to do with running the experiments but based on everything that I saw I would say my judgment at the time was good and then the execution was good from what I could see,” Burak said.

Senior Aubree Clark was part of the first group to complete their experiment on psych IA day. They went in with no clue of things that could go wrong or what to expect.

“I honestly would not have changed anything in our experiment, but I would change the time that we had psych IA day because the Heritage announcements went off during our second group, which didn’t happen with the first group,” Clark said.

Mr. Burak has also conducted these experiments for the past 10 years and has been able to see the ways that seniors have conducted their studies each year.

“The seniors of 2020-2021 had all online experiments so that was a little challenging because one of the things that really helps seniors is being subjects as juniors and seeing how things run from the subject side of things and so this year seniors didn’t get that same experience because all their experiments that they joined were online, so given all that, I was actually pretty impressed with how well that they executed those things, so I think in comparison to previous years where we’ve been in person, I thought it went really really well,” Burak said.

With the completion of their experiments, the seniors now must gather their data and write their internal assessment.