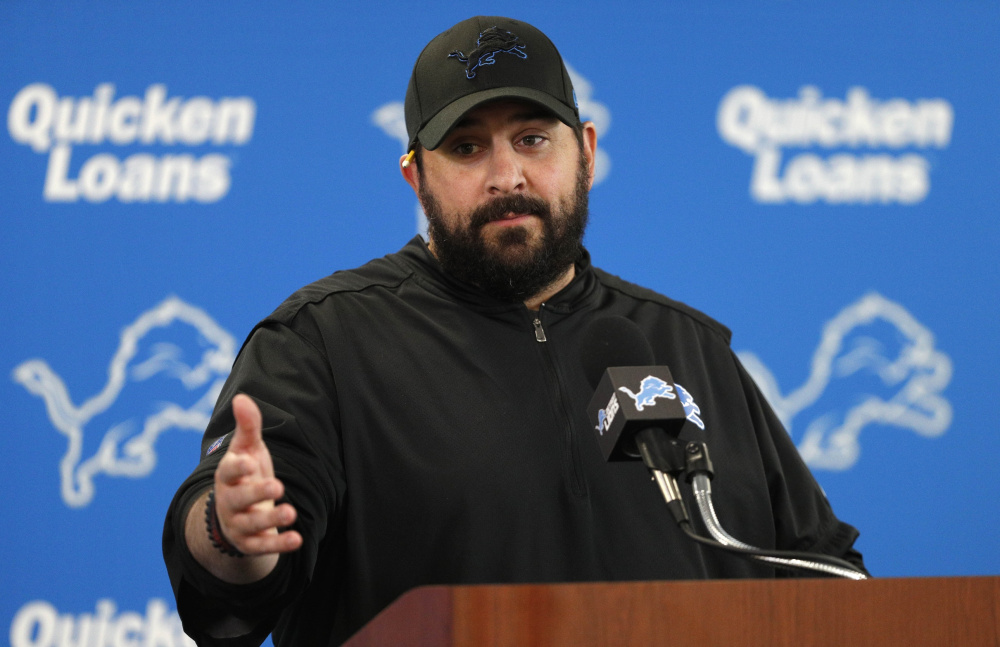 Through 16 weeks of tough games and hard work, the Lions ended the season with 6 wins and 10 losses. Although they ended with less than a 50% win percentage, they still had some great games. Through this season, there has been many ups and downs with coaches, players, and games in general.

UAIS junior Ronak Sringari, sophomore Eric Berg, and senior Graham all agreed that they really didn’t like how the season played out and that they were very disappointed, since they once again didn’t make the playoffs.

After week 1 of the Lions loss to the Jets 48-17, Coach Matt Patricia was not very happy and thought that the Lions just needed to be better, and it all started with him. Consistency was a big thing that he believed would develop into success for this Lions team. He claimed, “I don’t think anything like this is really a good thing.” Which sounds negative in terms of the team, but he believes that from that point on, they would get better.

Quarterback Matthew Stafford was also very disappointed in how the first game played out and he took the blame for their team’s loss. He didn’t make enough good plays or many good throws for the team to be successful.

After the week 8 loss to the Seahawks, Coach Patricia said, “…bad job coaching, bad job playing, we gotta do a better job getting prepared during the week.” He thinks that the turnover situation was not good enough and generate more on defense and can’t give up the ball on defense or special teams.

He also thinks that the Seahawks quarterback Russell Wilson is phenomenal and can control the game with his run ability and his athleticism and is also a major problem to deal with. There were many problems including unnecessary turnovers, interceptions, not good enough defense, and coaching throughout many weeks in the Lions season.

They suggested that the Lions could become more skilled in the run game and run defense and to also trade down to get more picks in the draft. And even after the passing game decreased significantly, they all thought that the Golden Tate trade was good since he was getting old and was not likely to resign with the Lions in the next season. They also thought that Lions cornerback Darius Slay was one of the top players on the team, even though his stats may not show that.

Predictions for when the Lions would reach the Super Bowl varied for each of the students. Ronak said they would win in this next upcoming season, Graham hopes that they would win by at least 2040, and Eric believes within the next 10 years, as long as they still have Matthew Stafford.

Overall, many of the issues that the Lions have are with not being a unit and playing as an actual team, not executing well enough, and not good enough players at many positions.